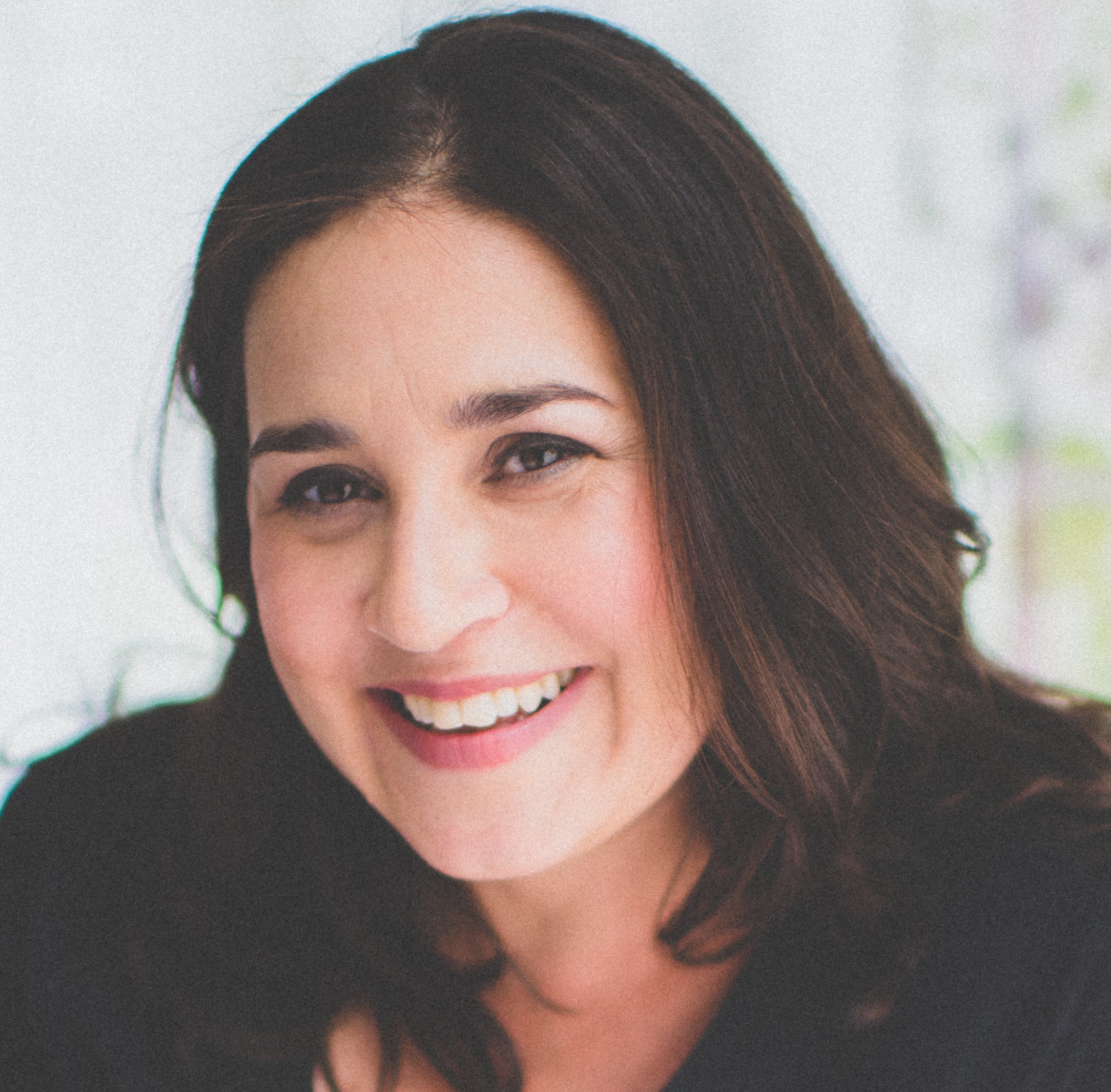 I am an anthropologist, writer and writing coach. I am passionate about helping people find meaning their stories and tell their stories well. I Believe in perfect imperfection. This is best evidenced by how I keep my house and raise my three kids in partnership with my husband. I not only like to spin yards with my words, but with actual knitting needles. I've only met a few knitting patterns that I don't like. 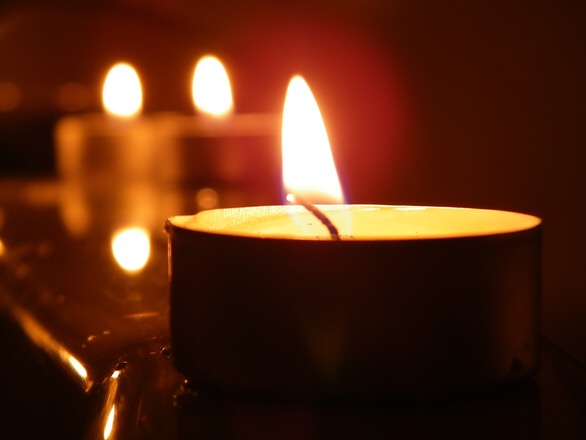 Humans have evolved many different ways of managing and commemorating loss, which is always a private as well as social matter. In other words, we have technologies of time and space and material for processing grief.

Pop-up vigils and memorials, burials, cremations, wakes, shivas and, these days, online tributes, mark passing as well as grief. Some traditions emphasize honor for the body of the departed, others treat it as potentially defiling. Some traditions expect grief to be a private affair, others treat it as more social. In some cultures, public wailing, often through hired hands (keening in Ireland and Scotland, Uluation in Muslim tradition) is designed to help mourners connect with the grief in their hearts and at times show the status or esteem of the departed. My own tradition, Judaism, has an elaborate technology for dealing with dying, treatment of bodies, funerary rites, grief and mourning.

Jews mark intense period of mourning for a week, and status as a mourner continues throughout the first year. Regular moments throughout the calendar mark the passing of a loved one beyond the year. Growing up, I was always told that the rituals were not for the dead, but for the living. While many people see these practices as archaic, I personally found them to be healing. Here’s my take on what amounted to a protracted and somewhat unusual experience. While the details were a bit unique, I suspect that they may have a wider resonance for those dealing with loss.

Each week, like a small boat surrounded by others, the name (and the life it represents) floats just a bit further away -one or two waves at a time–until at the end of the year it finally floats so far into the distance and is no longer recited. They will recall the name once a year, remembered more as a distant star than a long-launched boat. If you follow the name as it makes its steady progression out to sea, you hear the names of the other boats, whisked off just a bit further as well. New boats come each week as the familiar ones start to leave. A steady progression across the year in a sea of names. You stand that year as you listen to the names recited. You connect, once a week to the lost soul, now a boat whose distance away marks a longer tether to the grief, the celebration, the mix of memories and emotion.

The reading of names and the ritual of standing and reciting Kaddish Yatom, or “mourner’s kaddish,” the Jewish prayer of remembrance, takes place in my synagogue community each week. In some settings, people recite mourner’s kaddish daily and in others, the names are not recounted. Traditionally, the recitation is a social act and most communities call for a minyan or gathering of ten adults (in very traditional communities only men) as a requirement for the recitation. I suspect that these requirements underpin the social support embedded in the call to public grief. In many communities, people come to minyan for the explicit purpose to ensure that others may recite the mourner’s kaddish. Fun fact: a Torah can stand in for a person to creat a minyan. As the mourners stand for the minute or so, reciting the incantations, either reading or with eyes shut, the community holds them, reciting their bits of ritualized responses. The community creates time and space for the mourners to connect and commune with the memories of their dead loved ones.

Nearly every Shabbat morning between July 2012 and January 2016, I stood for mourner’s kaddish. 175 recitations. I  closed my eyes as the words, even those moving with my own breath, washed over me. First I stood with my father on the shabbat morning following my grandmother, Rachel’s death. She was the last of mine and my husband’s grandparents – those eight sweet people who treated us with so much adoration, unconditional love and very little rebuke. When I stood each week for a year and recited Mourner’s kaddish, I had a chance to commune not only with them, but with that feeling of unconditional adoration and love.

Overlapping that year, by about a week, I began to stand also for my beloved father-in-law. He passed away in July of 2013, shortly before what would have been the due date of a miscarried baby. I’d been connecting to that loss throughout the year of mourning my grandmother. I spent much of 2013 with a growing belly. The promise and disjuncture between life and death, punctuated mourner’ Kaddish  and our third daughter was born in April of 2014. She nuzzled against me in her sling every time I reconnected with her grandfather, her namesake.

My own father passed away in May of 2014, when the baby was 7 weeks old. The names of our two fathers bookended me and the baby as I mingled generally fond memories and impressions with sweet little nuzzles. A dear friend and teacher passed away later that summer, just as my father-in-law’s name cycled out, his boat launched as a distant star. I dwelled in only fond memories of the friend, and she remained a steady companion as I recited kaddish in the year that followed.

My mother passed away in October of 2014. Her death brought to the sacred recitation the mix of feelings that only mothers can bring out in their daughters. All the while, my own little girl started to poke her  head out of the sling. How many times did she nurse during this recitation? This act of mothering surely smoothed over many of my ambivalent feelings.

When my mother’s husband passed away in January of 2015, the baby and I would stand each week with a swirl of memories and mixed, often fraught, emotions. For a while, my father’s name remained on the list. Three parents. One friend. Four sets of emotions. My dad’s name sailed further and further away until May, when his ship launched off into the distance. My beloved friend, always such a strong voice for embracing the other’s burden, steadied me as I faced the impending encounter of standing with singular thoughts of my mother and her husband. The last shabbat that I heard my friend’s name announced, I suddenly incanted “Infinite love and gratitude” instead of the proscribed words. This was her parting gift as her name sailed off into the distance.

So July came and all of the steadying guides and easy relationships had truly departed. As I stood up during the first encounter –just me and my mom and my stepdad– I breathed deeply for the work ahead.  I shifted the 15 month old on my hip and sought to shift from ambivalence to compassion. For the three months, the tight knots of frustration began to loosen. Slowly, slowly, the sensations of the love and nurturance my mother bestowed upon me began to take over. Yes, she was m difficult and not always kind. Judgmental and often divisive, and all those things that some mother’s can be. But between the steady sounds of the incantation, the soft cooing sounds of the baby and the small still voice urging “infinite love and compassion,” I truly swelled with gratitude by our final week together. I recall kissing the baby’s head, then the siddur and wiping the tears that had rolled down my cheeks. “Thank you, Imma,” I uttered as her boat launched out beyond its tether.

“So,” I thought to my step-father as I rose the next week, “It’s just us now. Can we do this?” No one else would be doing this for him; I was the lone torch-bearer. My stepdad had been an imposing figure. A lanky Vietnam veteran- turned carpenter, he was always composed and gentlemanly. He had taken  tireless care of my mother. Yet he always exuded a undercurrent  of  darkness and suppressed  anger. After 15 years of caring for my mother, he was at sea after her death. He was overwhelmed by her convoluted accounting, which required near-forensics to disentangle. He had vascillated between terrific gratitude for our concern towards him and seething anger that we three daughters hadn’t done enough to lighten his burden. He never explained himself before taking his life, and I spent the ensuing months of reciting mourner’s kaddish working through anger and frustration.  I sought connection and gratitude. Images of silly dance parties and construction projects with my girls eventually flashed within my mind’s eye. I envisioned him and my mom dance at my sister’s wedding. And in the months and weeks between October and January, I found gratitude and peace.

When I finally remained seated after three and a half years, I noticed, for the first time, what it’s like to play the part of the community -to hold others as they stand and connect with their departed. I have come to believe in the sacredness of both ends of the production. I still feel the rhythms of the sea of names as they float by, marking time for us as a community and connections of lifetimes for those who remain behind.

I firmly believe that our most intimate encounters with anything divine come by way of others. Ideally, others are there for us as we grieve and rejoice, connect, and say goodbye. So whether you are standing for mourners kaddish or bearing witness to those who do, you are engaging in holy work. And for that, I feel infinite love and gratitude.

Indeed, the closing lines of the mourner’s kaddish call for the establishment of peace within ourselves, among our people and for all creation. Kaddish Yatom is, indeed, a structure and a framework to achieve achieve exactly that.

So what do we do without these very specific technologies for processing grief?

Our day and age abounds with opportunities to miss out on grieving and opportunities to create structures of time and space to grieve. As a person who doesn’t live a highly structured life, I appreciate that my tradition created those structures for me and that I was fortunate enough to make use of them. Without them, however, we might do well to make a weekly or regular time for communing with our losses.

Consider setting an alarm, finding a regular place to close your eyes, listen to the same tune, sounds or poem. Write your way through the relationship. Whatever you do, find time and space and a ritual of sorts to connect, reflect, say “sorry,” “thank you,” “why?”
I hope you find infinite love and gratitude or at least bits of peace.
London Mallee offers a a generalized survey END_OF_DOCUMENT_TOKEN_TO_BE_REPLACED